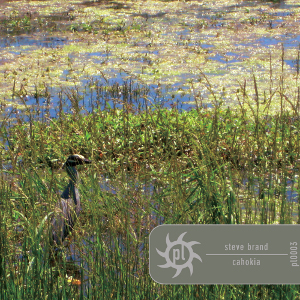 A three-song journey into one of the deeply mystical places of America’s heartland. From Steve’s blog:

“‘Cahokia’ was originally self-released in early 2007 on CDBaby.com, then again in it’s re-worked, re-mastered form in 2009 on another label. This 2011 re-release is on Brand’s own label, Pioneer Light Music (cover photo, Jill brand). In the intervening years, I’ve been refining, re-working and re-mastering the album. As with many sacred places I’ve been fortunate enough to visit, I have a deep connection with Cahokia, and this album reflects the sense of mystique and presence of this ancient and powerful place. This is no nostalgic recreation of the music of a long dead culture, but an aural record of my own feelings, sensations and inner-visions impressed upon me by the place and it’s spirit.”

Notes from the original 2007 release

Cahokia State Park stands on the eastern bank of the flood plains of the Mississippi, across the river from what is now St. Louis, and occupies 2200 acres, only a portion of the original size of the city. To date 109 mounds have been located, only 68 are within the part itself. There are only hints of the great Mississippian culture that we call “Cahokia.” Now, only a beautifully quiet park exists where the temple city once was, adjacent to a sleepy little impoverished town. “Monk’s Mound, or the “mound of the Sun” still stands over-looking the river, and once rivaled the great pyramid at Giza. Here and there in the small town near the park, you can see a smaller mound in a backyard or behind a gas station. Every year, local tribes have their annual meetings on these still sacred grounds.

We know very few details about this once great city of trade and culture which flourished from about 650AD until the conquistadors stumbled upon what remained in the early 1400’s. The population may have been as large as 40,000 at it’s height. According to Wikipedia: “Cahokia was larger than any subsequent city in the United States until about 1800.” It’s likely that the city exhausted it’s environment, and the population, due to hunger and disease (sound familiar?), dispersed and merged into surrounding populations. I wonder if perhaps they just shifted into another state of being, and they stand beside us as we tour their city. There are no written or oral records of the culture. We have no idea what they called themselves, who it’s rulers were, but we surmise tell that it traded as far north as the Great Lakes region, and as far south as Mexico, up and down the Mississippi. We know from channeled information, it was ruled by “The Great Sun” for a period of time, a leader who taught that there was one god, and abolished human sacrifice. Along with shells, pots and baskets, these beliefs were carried up and down the river. UPDATE: Evidence has been found within the past few years that suggests that Cahokia was part of a satellite community that includes modern day East St. Louis and St. Louis proper.

City of the Sun

Shell rattles, pot shards, muted voices, flutes and field recordings open this piece. Imagine being from a remote village and entering the gates of this great city for the first time, early in the morning…the site of the great mound, the smell of incense.

One of the most distinctive artifacts found at Cahokia is a small clay medallion featuring the face of a man with a beak-like nose…”the birdman.” For me, this relic evokes the cults of Easter island. Is it possible that Cahokia also has cults that competed for power and resources. But more importantly, I also see a closeness and merging with nature. Unlike Western peoples, Native Americans typically see no separation between Nature and Human Beings. There is a sense of ceremonial space and mystery woven together with drifting keyboard beds, flutes, voice and medicine drum.

A Shimmering Then Gone

Glittering and shifting reed pipes begin this piece, only to give way to the silence of night chorus and distant flutes and rattles. Perhaps this was the sound of the procession as the Cahokian’s stepped into the realm of the ancestors…shimmering, then gone. The sun rises on what remains of the city, now primarily inhabited by cicadas, cranes, snakes, eagles, convenience stores and park rangers. 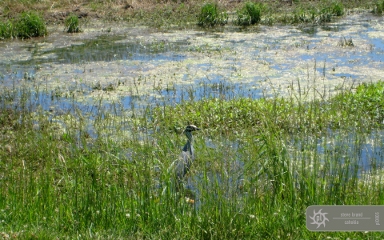