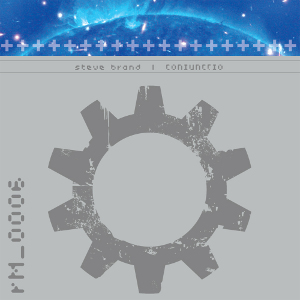 Coniunctio is the joining of two longform ambient works. Pale Blue Orb is very celestial, spacious, glowing in the warmth of enveloping light and consciousness while The Beginning of Days is more terrestrial, Earthy.

Pale Blue Orb includes the sounds of the human voice, bells, didg and cosmic expanses of orchestral and choral washes that overlap, revealing and moving away again into obscurity. The majority of Pale Blue Orb was improvised during, and energized by, a very active electrical storm in one evening. The composition includes bell sounds contributed by Matt Hillier/Ishq.

The Beginning of Days includes the sounds of cicadas, processed flutes and breath sounds, and tectonic rumblings. While working on this piece, Steve became aware of channeled information regarding prophesies made around the year 2012. While the media presents 2012 as a time of fear and chaos, Steve found from his research that the true message of this period is of hope, fundamental change and empowerment on a scale that we have never witnessed before as a species. There was a huge disparity between the two visions, and the title is his answer to all the “end of days” spook stories presented in popular media.

The idea of releasing the two albums together came as part of Steve’s longtime interest in sacred symbols. About 2 to 3 years ago, he became aware of the one of the simplest and oldest sacred symbols, the “+” sign. He came to learn that the “+” symbol (among other meanings) is one of the oldest symbols for the coming together, intersection or union of Earth and the heavens/Spirit, encompassing the horizontal line of the Earth, with the vertical line representing the celestial or Spirit. He saw a connection between these two musical compositions (a very terrestrial one, and a very celestial one), and this symbol. Once that connection was made, he resolved to release them together as one bundled release. 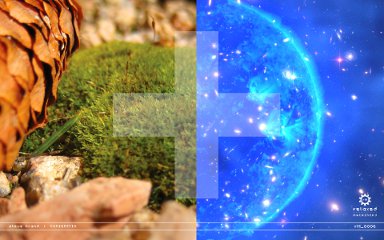